Once again another really varied Pi jam. Tom Brough has now built Marco Versiob 2.0, Those of you who have attended previous jams in both Torbay and Exeter will know marco as the robot that can follow lines on the floor.

However marco has been rebuilt and is now hosting a Raspberry Pi Model B, Arduino Uno and a Motor Controller board linked to the 2 on-board motors so that Marco can move around. 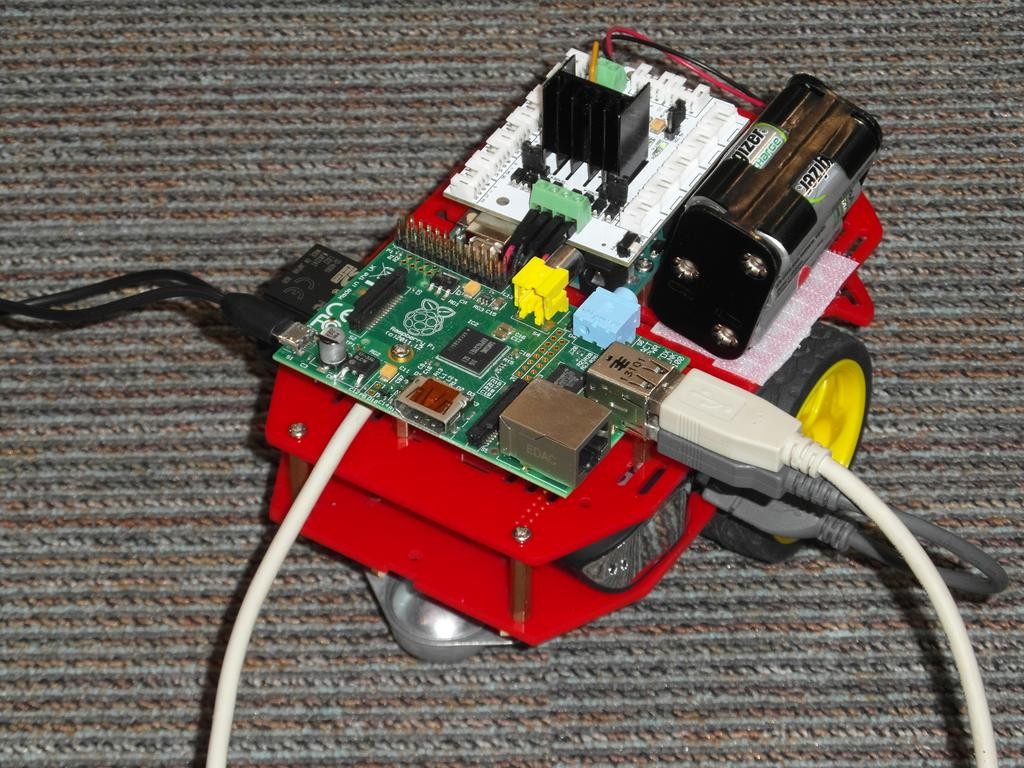 Tom has set this up so that there is a dchp server on board that gives any devices a IP address so that that device can connect to the on board web interface which allows control of the robot, forward, back, turn and stop.

One of the side effects of this is that more than one person can connect and therefore control the robot at the same time, so it does require some co-operation on the client side.

Marco will be improved further possibly by the Torbay Pi jam as Tom Bought some extra bits for it on the way home. So if you want to see more pleasew watch the video, or look at the photos if you would like to learn more, have a go and talk to Tom you need to come to the next Pi jam wiich is at Paignton Library on the 14th Feb 13:00 to 15:00.

There was the usual help and advice and more children / young people learning scratch, Python and GPIO interfacing.

I decided not to take much with me, so that I could create some video of Toms robot and later on used by time to help support other users. I have tweeted some of the photos I took of Marco early on in the Jam.

The fab lab also presented their work shop on the Raspberry pi, again to book a place on the work shop you need to contact Exeter Library and or the Fab lab for more info. Please note that the workshop is popular so you need to BOOK.